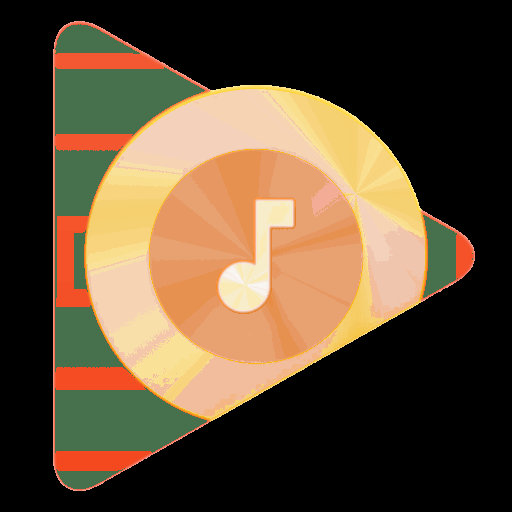 Your effort to post anything gives you the fewer plays. The promotions are weak and offer nothing…

We are as producers silenced! This though means a new future is ahead and plans to win the game for all participants in the following:

Create your plan. People around you who you support, musicians who will be able to promote you one day on several social media. And you them for different ways.

The lonesome wolf does not win.

You need partners and collaborators, plans to work with others to achieve the dreams of becoming big.

Somehow it is by just trying the best in all means.

Not only is your music production one thing, but all your businesses needs to be perfect, and not only one. Several things need to work and perfect your work. And if you do 95% of your system, it will not be enough; you need 100% perfectionism on all sorts of things.

Most will succeed. That’s why Loopswag.com was made; it contains tutorials to quality. And with them, you can constrain a decent quality before your quantity.

So Soundcloud killed the business, they were rotten the rot! And destroyed all the artists! They even fake the numbers on your following, and they destroy all musicians. I don’t say that about audiomack.com and even hearthis.at

But the rest is just junk, even Spotify to iTunes.

Some would like numbers to their plays; these come of course after quality, since people often scroll down on your tracks, never comment and never leave anything to it. If your quality is superb after the first quantity, means you can as well replace your records after you run up all the projects you had, beginning from the end to the start.

Start to the end, several times a year; you will learn to improve your quality. Quality change means some producers like perhaps the one who runs this group on facebook; www.facebook.com/groups/flstudioclassroom had like 100’s of tracks, but he replaced them so around five times each of them, even greater quality at the end, all one by one.

You as well need release systems that you can get when you get into Orchard. That way, you can quickly produce a certain level with replacing all your uploads with the new quality type of each track. It takes time effort and not efficiently to perform. Replacing your uploads is maybe the same vital thing as well as paying for an advertisement for your business. It will take several months to achieve the best possible master and quality.

But by trying to work on it, you learn new techniques as soon as you have 100 tracks, and you go up and forth to them and run the projects over and over again. Then you truly can after that relax and truly make the quantity.

It isn’t easy to proceed as a producer on several things, but gaining the ways to make sound, will ensure your stability in your work and techniques will come in a row for each time you run a new mastering technique from the start of all your tracks.

As I’ve said, replacing and making new versions might be smart, as well as latest releases could be moved to the top of your list as especially on hearthis.at and it’s better than Soundcloud to promote your tracks!

Your listeners will then hear the newest and best from you.

Maintaining even the tracks, you need probably the worst ever solution of headphones and earbuds. I recommend genuinely Razer Kraken Pro and super cheap earbuds that all buy. This solution not only gives you less filtered but as well most probably the highest level of resonance and noise in your setup. Simply because if you equalize perfect in this setup, your tracks become the best quality nationally, if you do so as well use several headphones and master specific best possible in all of them.

I even to this setup recommend getting the precious sound card to drive 100% authentic sound into speakers, as called SB-1300 made by sound blaster creative. With either SBX or THX. You even get the feature called Recon3D, which enhances your tone into 3D matrix sound, which gives you the possibility to make 360 degrees music where you even can get the super-enhanced system. To your know that both the Recon3D and the THX also need to sound similar, unless because Recon3D gives near-perfect sound levels, it even can create a way to understand how to master under specific THX or SBX. Your track will become the best off all.

It might take 1-2 years to achieve a state of perfection to your tracks. It isn’t simple, but like us, you will then be using 1000’s of Parametric EQ 2 in your record and not just merely one use. There will be so much equalization that you freak out.

And you will hear a problem to around 90% of world music, even the best, even particular Mainstream, but you will surely know what indeed is best, and also by listening to the best possible mastered beats and their sites who sell six figures of all their beats. They often will sound perfect under such means of this system.

I hope everyone knows the fact about Gucci Headphones, and it is plenty even soundcards even to make filter music to sound super good. And it wasn’t also spoken about anywhere. Few only are capable of knowing this.

But few systems play authentic sound since if you make a headphone that stinks for music, you don’t sell the headphone simple as that.

Join Pond5 Today As A Producer!

How to Sidechain? Your bass with kick! Learn a new and probably best Technique

How To FL Studio? – Learn What You Wrongly Learn/Learned

What is distortion or saturation? How to implement the use of distortion in music making?

What is the best app for creating cover art for an album? Gimp!

Our Company is part of the Our Company Group which includes Our Company International and Our Company Direct. This privacy policy will explain how our organization uses the personal data we collect from you when you use our website.

What data do we collect?

Our Company collects the following data:

How do we collect your data?

You directly provide Our Company with most of the data we collect. We collect data and process data when you:

Our Company may also receive your data indirectly from the following sources:

How will we use your data?

Our Company collects your data so that we can:

If you agree, Our Company will share your data with our partner companies so that they may offer you their products and services.

When Our Company processes your order, it may send your data to, and also use the resulting information from, credit reference agencies to prevent fraudulent purchases.


How do we store your data?

Our Company securely stores your data at [enter the location and describe security precautions taken].

Our Company will keep your [enter type of data] for [enter time period]. Once this time period has expired, we will delete your data by [enter how you delete users’ data].

Our Company would like to send you information about products and services of ours that we think you might like, as well as those of our partner companies.

If you have agreed to receive marketing, you may always opt-out at a later date.

You have the right at any time to stop Our Company from contacting you for marketing purposes or giving your data to other members of the Our Company Group.

If you no longer wish to be contacted for marketing purposes, but we don't actually market!


What are your data protection rights?

Our Company would like to make sure you are fully aware of all of your data protection rights. Every user is entitled to the following:

The right to access – You have the right to request Our Company for copies of your personal data. We may charge you a small fee for this service.

The right to erasure – You have the right to request that Our Company erase your personal data, under certain conditions.

The right to data portability – You have the right to request that Our Company transfer the data that we have collected to another organization, or directly to you, under certain conditions.

If you make a request, we have one month to respond to you. If you would like to exercise any of these rights, please contact us at our email:

write to us at complains@loopswag.com

Cookies are text files placed on your computer to collect standard Internet log information and visitor behavior information. When you visit our websites, we may collect information from you automatically through cookies or similar technology

Our Company uses cookies in a range of ways to improve your experience on our website, including:

You can set your browser not to accept cookies, and the above website tells you how to remove cookies from your browser. However, in a few cases, some of our website features may not function as a result.

If you have any questions about Our Company’s privacy policy, the data we hold on you, or you would like to exercise one of your data protection rights, please do not hesitate to contact us.

Write to us at contact@loopswag.com

Should you wish to report a complaint or if you feel that Our Company has not addressed your concern in a satisfactory manner, you may contact the Information Commissioner’s Office.

Any cookies that may not be particularly necessary for the website to function and is used specifically to collect user personal data via analytics, ads, other embedded contents are termed as non-necessary cookies. It is mandatory to procure user consent prior to running these cookies on your website.